Until the early 1970s, Janet worked most of her adult life at a corner store in a rural Pennsylvania town. As each new toy reached the store, Janet purchased it for her growing collection. “They might be worth something someday”, she would say. When I grew up and moved away, she proudly gave me the collection of over 100 toys, coupled with a wood display case hand-crafted by her husband George. Janet (1917-2019) and George (1915-2016) are my grandparents.

The Carface project is a series of photographs of the “faces” of these toy Matchbox cars from the mid-1960s to early 1970s. I chose a head-on view of the toys to portray the strongest, most unique part of any subject, the face. The use of square composition, shallow focus, and a rich black background together emphasize the power of this portrayal. The toys are nearly as old as I am, and they too bear the scratches, chips, and accumulated imperfections from life’s wear and tear. 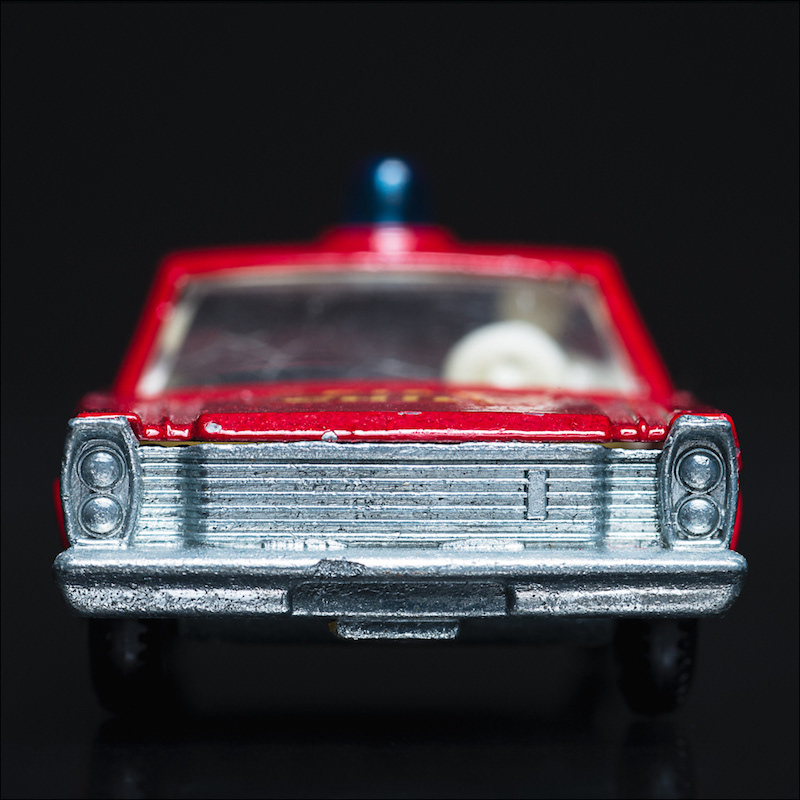 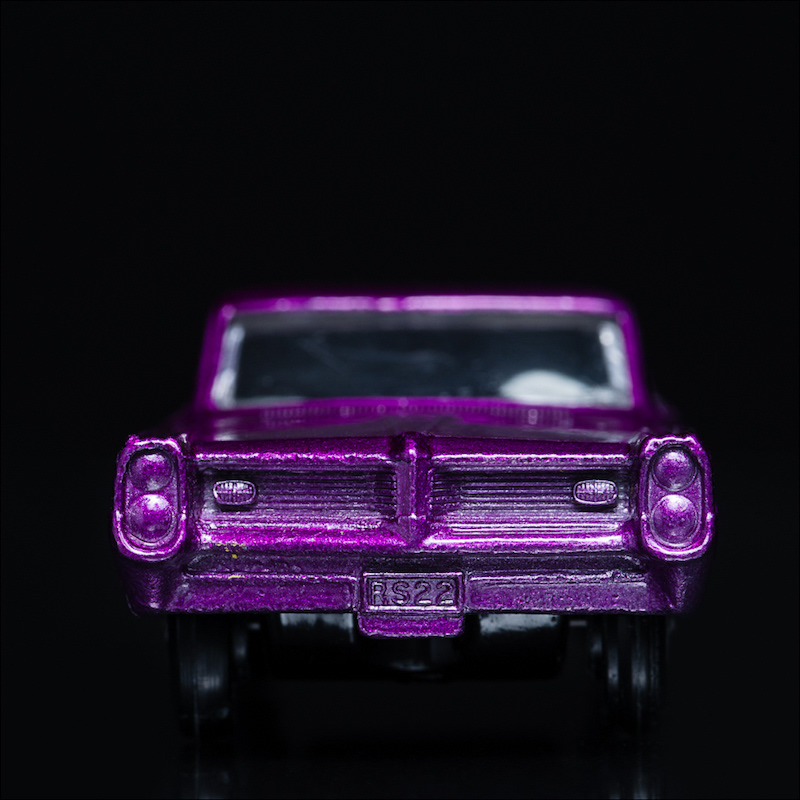 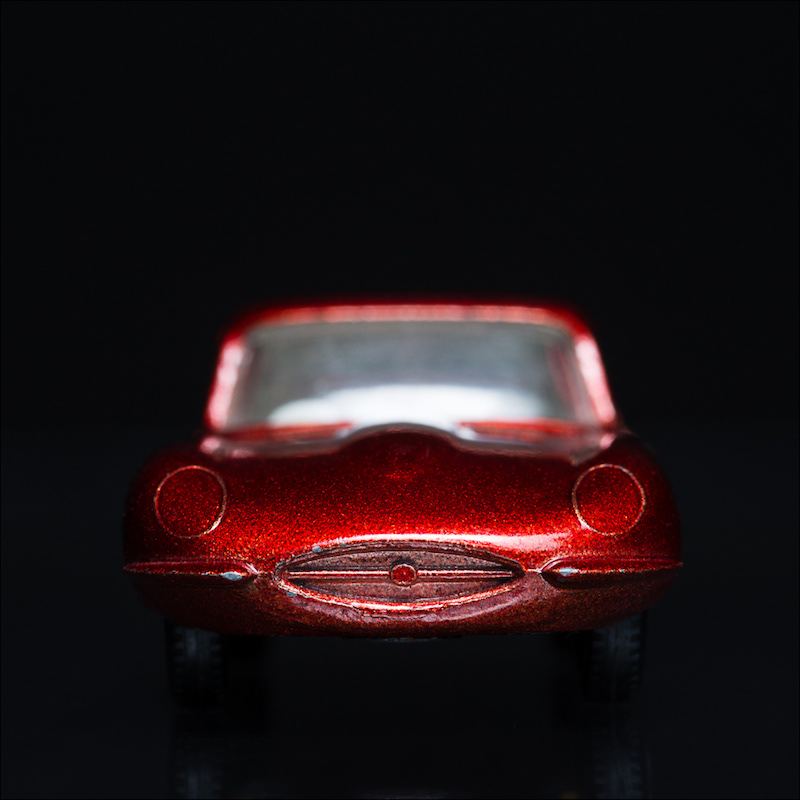 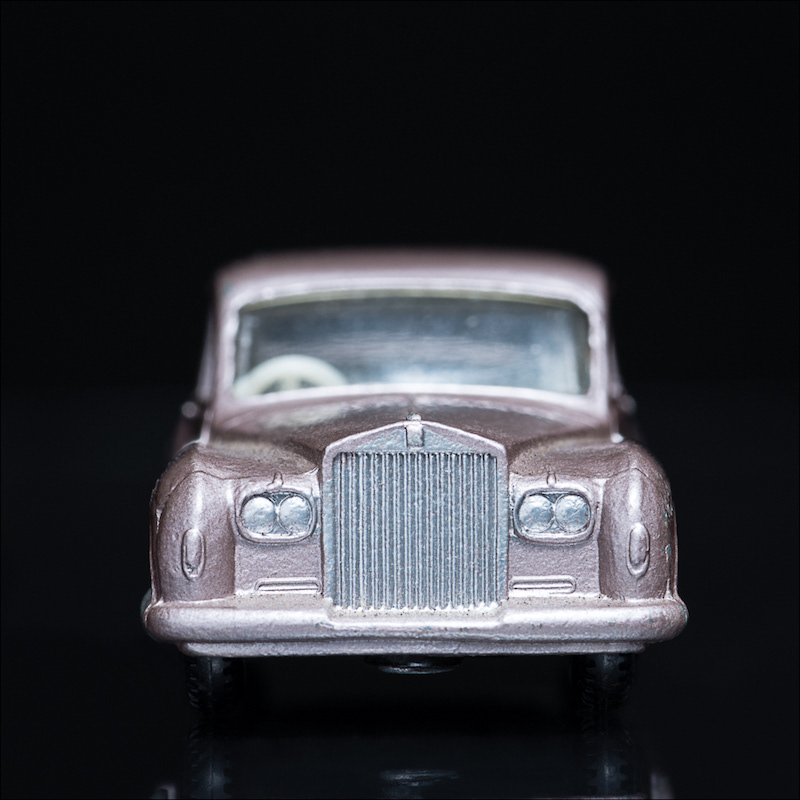 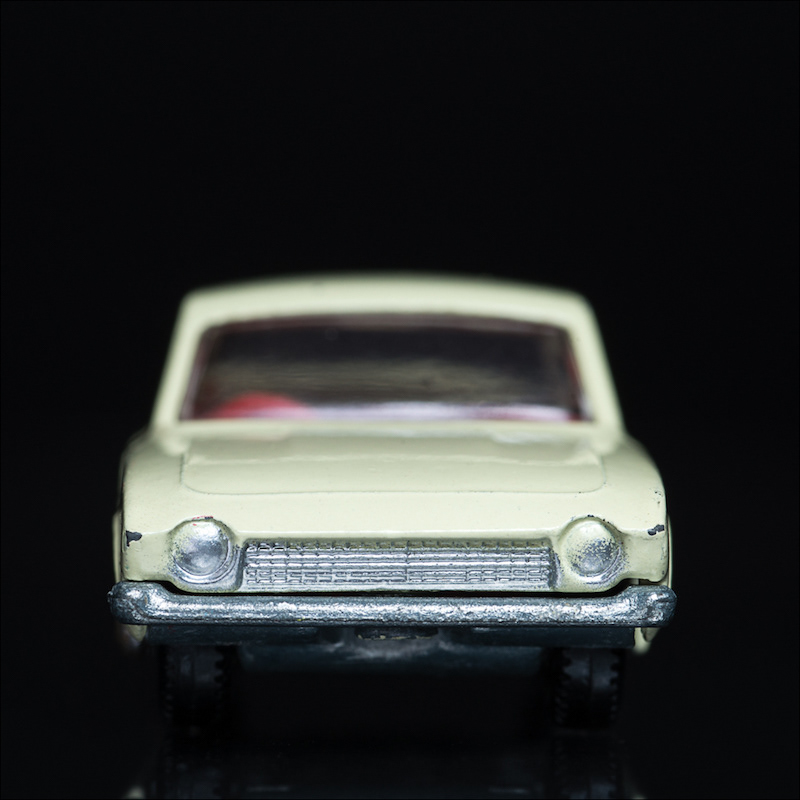 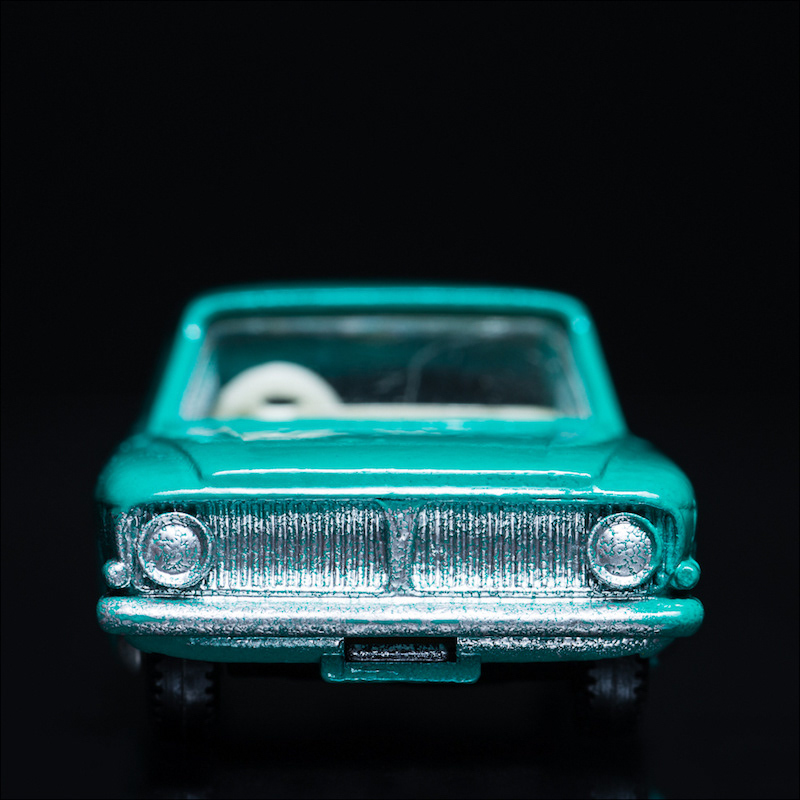 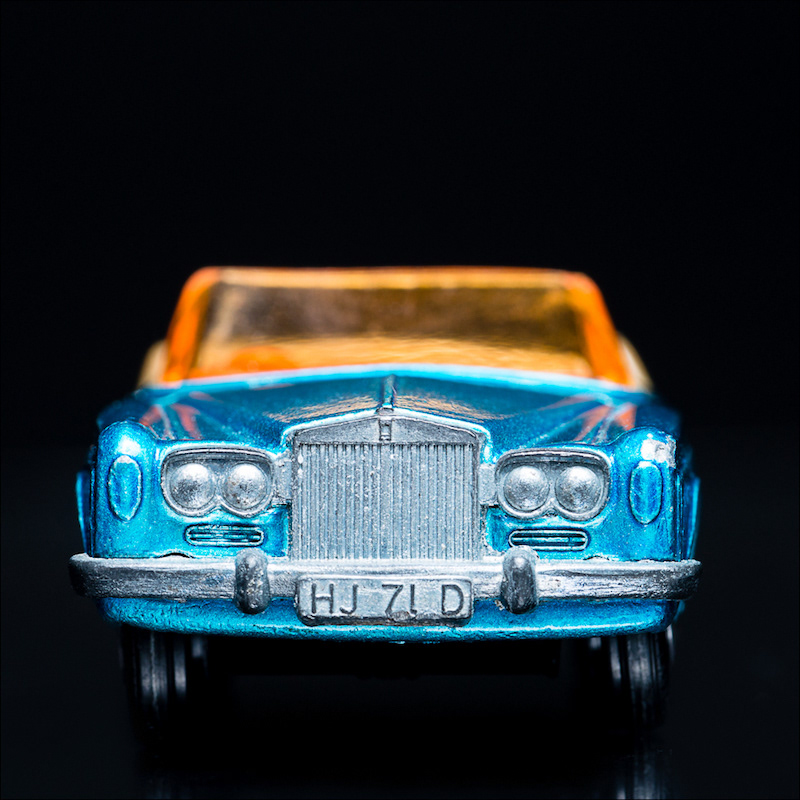 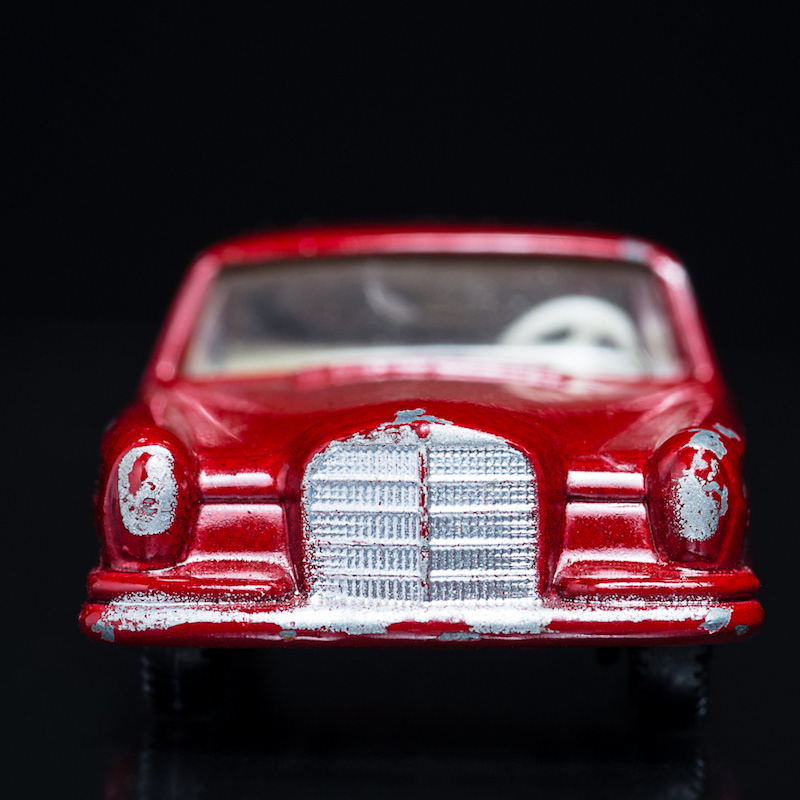 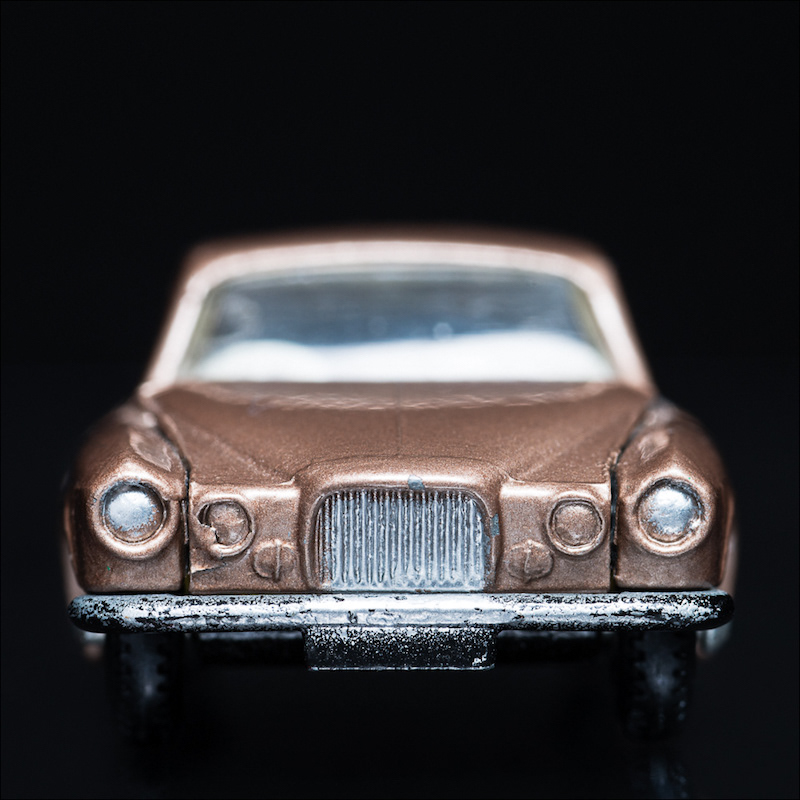 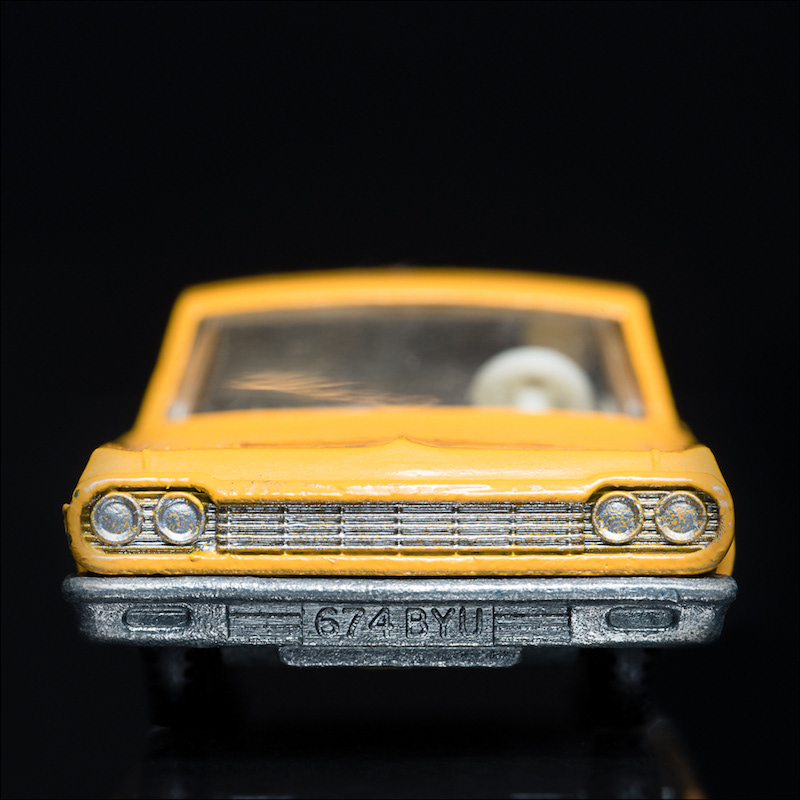 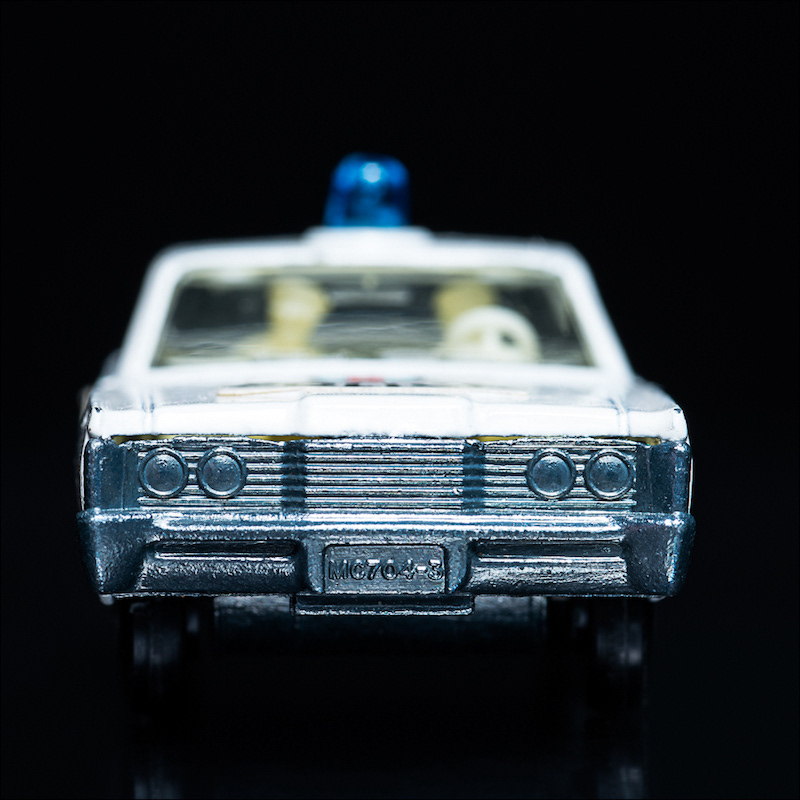 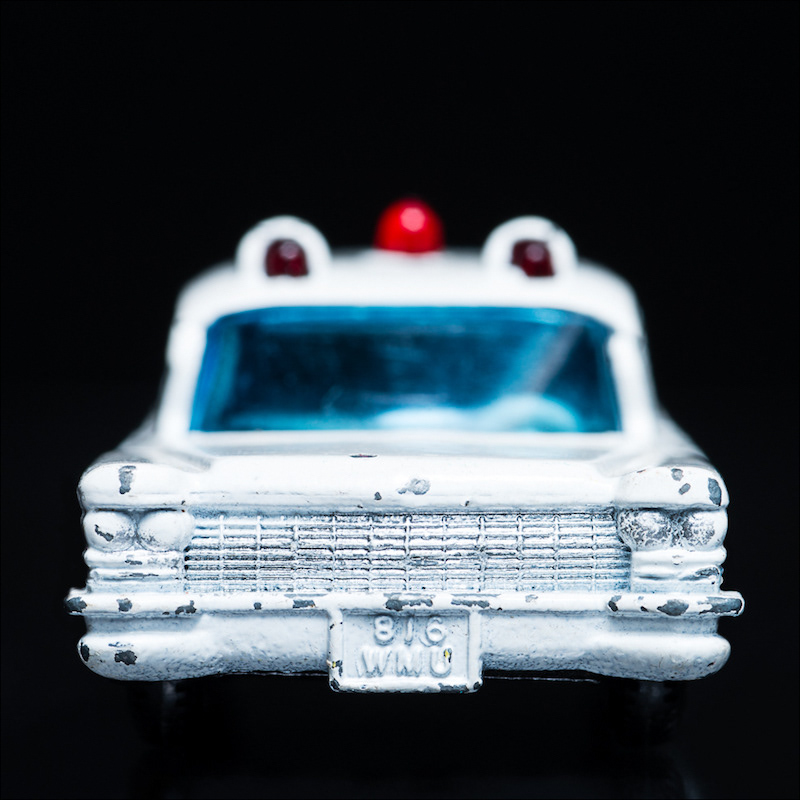 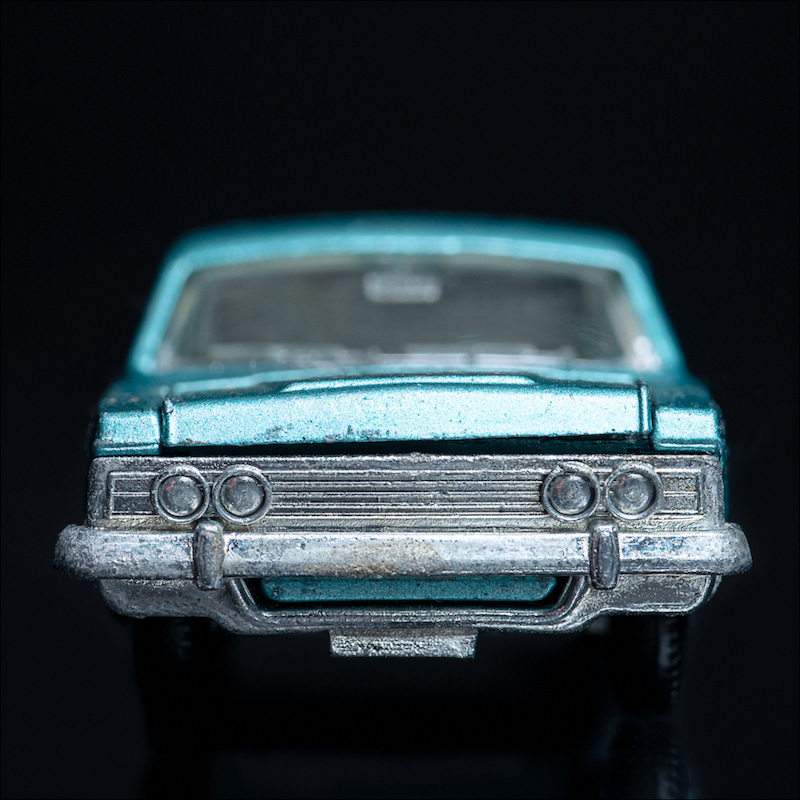 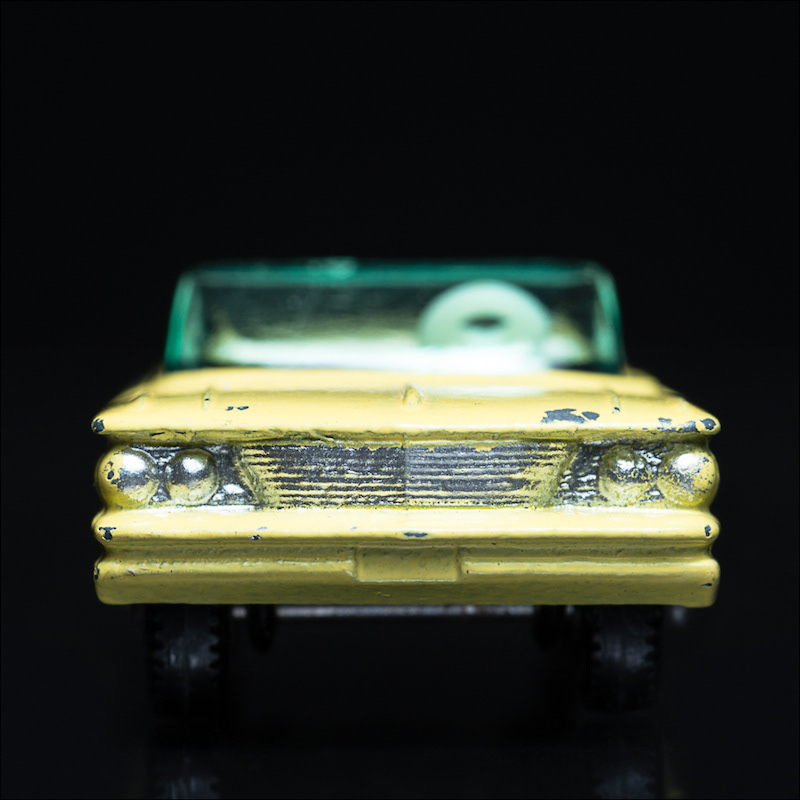 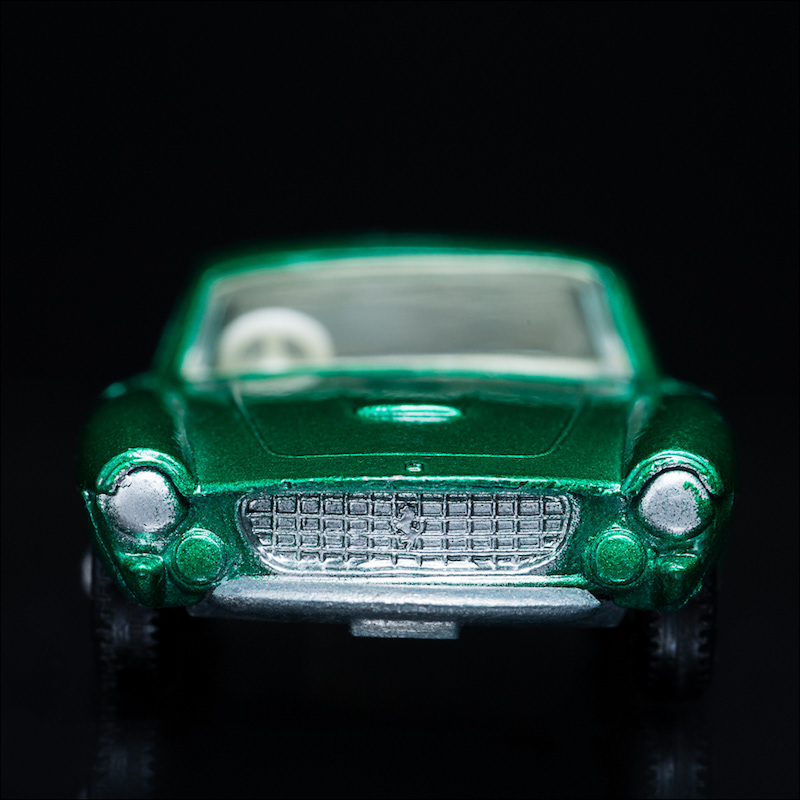 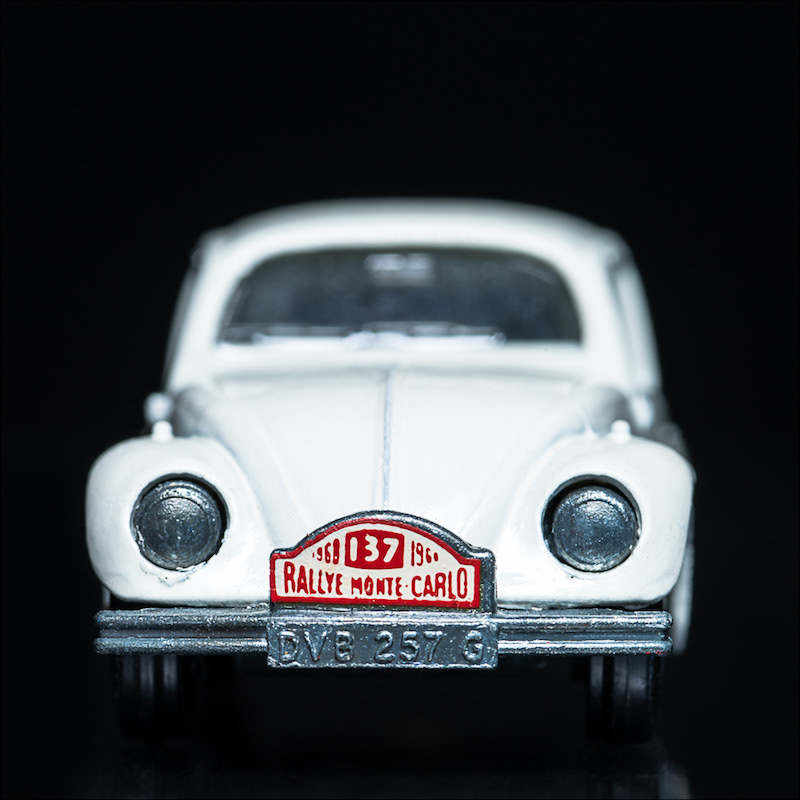 Selections from the project were shown at SCOPE Miami 2018, and the project has been featured in Float Magazine, ISO1200.com Photography Magazine, and Ed Verosky instructional videos. Further publishing and exhibition opportunities are welcome.
The first edition of the project features 16 signed and numbered pieces, each limited to 15 prints. The 16×16-inch image is printed on archival fine art paper using archival inks. Pieces from this first edition can be purchased as fine art originals at Saatchi Art.

NEW!! The Carface project is now featured in a 36-page booklet with 20 full-color images. Individual fine art prints on 8.5x11 paper are also available. Please visit my ART Store for these and other art print products.
↑Back to Top